At least 85,000 law enforcement officers across the USA have been investigated or disciplined for misconduct over the past decade, an investigation by USA TODAY Network found.

Officers have beaten members of the public, planted evidence and used their badges to harass women. They have lied, stolen, dealt drugs, driven drunk and abused their spouses.

Despite their role as public servants, the men and women who swear an oath to keep communities safe can generally avoid public scrutiny for their misdeeds.

The records of their misconduct are filed away, rarely seen by anyone outside their departments. Police unions and their political…

By Stephania Okolie
TOMBALL, Texas (KTRK) — A Harris County judge has ordered Child Protective Services to pay a Tomball family $127,000 after finding they wrongfully removed their children from their home.

It started as an accidental fall for Melissa and Dillon Bright’s 5-month-old son Mason. He was rushed to the hospital, where doctors found he had two fractures in his skull.

The family says that because doctors did not believe the second fracture came from the fall, they were investigated for child abuse.

“We were just completely oblivious to the fact that they were accusing us of abuse,” Melissa said.

CPS placed the children with another family member. The Brights tell ABC13 that in the meantime they sought a second opinion from another doctor.

That doctor explained that the second fracture could have in fact come from the same fall.

While still in placement with another family member, the…

When Lanre Amu was a lawyer, he fought tirelessly for the rights of many people, often without pay.  He served the poor, the person of color and the immigrant.

He was well educated and held three degrees, on in engineering, an MBA and a JD.  He is a devout Christian and follows the principles of Jesus.

However, when he exposed corruption of certain high powered judges in Cook County, the power that be, Jerome Larkin and James Grogin of the ARDC (Atty Regn and Disciplinary Commission) put him through a kangaroo trial with absolutely no witnesses and against him and awarded him a 4 year suspension for revealing publicly the fact that Judge Lynn Egan was having her brother’s law firm appear in front of her and was granting all their motions (no matter how stupid), and denying all of Amu’s motions.

He complained, and the ARDC went after him…

The Court of Appeal raised a number of serious concerns in its judgment. The now common practice of judges making up their minds about a case before the parties put their arguments forward during hearings was noted, a phenomenon that will be familiar to lay advisors and families who have been forced to represent themselves in their own family cases.

HOW CAN ILLINOIS EVER PASS A BUDGET WHEN IT APPEARS CRONYISM, RACISM AND CORRUPTION IS RUNNING THE STATE?

MOST IMPORTANTLY WITH JUDGES TRESPASSING UPON THE LAWS AND COMMITTING TREASON IT APPEARS THE ON PERSONS EMPLOYED ARE THOSE WHO ARE CRIMINALLY MINDED TO MAINTAIN THEIR POSITIONS UNLAWFULLY.

Please find below a complaint I filed against Administrator Jerome Larkin who covers (read: enables)  massive  fraud upon IL court systems committed by certain corrupt and dishonest lawyers whom Larkin helps to maintain  their legal licenses while harass and oppress ethical lawyers who fulfill their duties and report corruption.
Complaint was filed with Cook County Board of Ethics, IL Supreme Court, Senate, and IL Attorney General and mailed to Chicago and Washington FBI offices.
I will provide updates how my  Complaint was handled by authorities.
Best regards,
Elena Fedorova
——————————————————————————————————-
June 8, 2017
Re: Request to investigate ARDC Administrator Jerome…

A leaked photograph shows 37 defendants in…

Bhttp://medicalkidnap.com/2014/11/25/breastfed-homebirthed-babies-taken-away-from-parents-for-not-using-hospital/?fbclid=IwAR32CQKu_r9RoTqZZy6reaOyZQur1wLY9qxt0WAhS0q3YboRmKhWHVkJV8sreastfed, Homebirthed Babies Taken Away From Parents For Not Using Hospital

All three of their babies have been taken away from them and placed in the care of strangers. Levi was 10 months old when his mother, local singer and songwriter Erica May Rengo, gave birth to his twin brother and sister, at their home in Bellingham, Washington.

“Our birth was glorious,” she said, and the twins were reportedly healthy, full-term babies, who had no problem quickly figuring out how to breastfeed. The little family was overjoyed until CPS stepped in to “help.”

It is another medical kidnapping according to the parents. The Rengos have chosen a wholesome, holistic lifestyle, based in their Christian faith. But CPS has stepped in to override the parents’ decisions. Now Erica and Cleave are living what they call a nightmare, separated from their children for reasons that don’t make…

doesn’t this happen frequently in probate?

Associated Press•
Authorities say a patient has died amid an outbreak of Legionnaires’ disease
Ad: 15 seconds 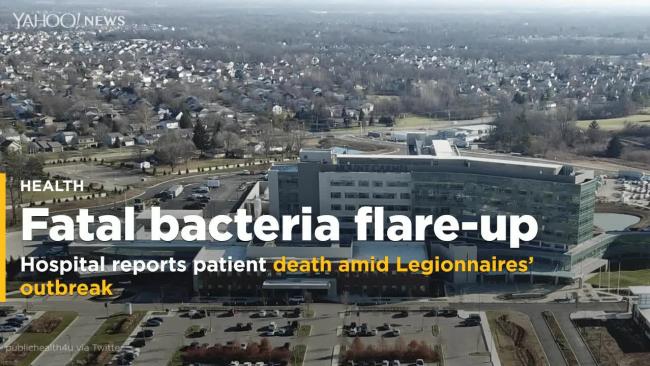 Scroll back up to restore default view.

COLUMBUS, Ohio (AP) — An Ohio doctor was charged with murder Wednesday in the deaths of 25 hospital patients who, authorities say, were killed with deliberate overdoses of painkillers, many of them administered by other medical workers on his orders.

In one of the biggest cases of its kind ever brought against an American health care professional, William Husel was accused of ordering outsize doses of the powerful painkiller fentanyl. Many of the patients who died were on ventilators and receiving palliative care. The deaths occurred between 2015 and 2018.

With the advent of DNA testing and FB, it’s going to be harder and harder for these criminals to get away with sex trafficing via CPS and DCFS.

Please pray for Elizabeth Avery who was kind enough to share this brave tale on FB.