Amazingly, Justice Maureen Connors writes up a decision dismissing a case based upon lack of jurisdiction, but ignored service upon Mary Sykes in 09 P 4585

And how is this a “rule 23” decision that is not supposed to be cited.  Now attorneys in Illinois cannot cite cases that fully support the 5th Amendment?  I believe that violates the First Amendment.  Rule 23 is clearly unconstitutional under the First Amendment.

This Johnson case that Attorney Denison refers is particularly galling as Justice Connors openly and notoriously ignored the jurisdictional requirements in the Mary Sykes case 09 P 4585 and Jerome Larkin, using the power of his office as administrator of the Illinois Attorney Registration and Disciplinary Commission attempted to silence protest.
ELDER CLEANSING/HUMAN TRAFFICKING is today a major business in the UNITED STATES.   The Political and…

From DTH, regarding the estate of his father in Cook County Illinois, DH:

This is a letter in response to an assistant states attorney from the offices of Lisa Madigan advising me that my complaints against the Probate Court and its staff would not be investigated or prosecuted because they don’t do that.

If not the Attorney General of Illinois, then who will stop these crimes against me and other innocent Illinois citizens?

A former associate of Cook County Judge Jessica Arong O’Brien pleaded guilty Friday to her role in a $1.4 million mortgage fraud scheme and is expected to testify at O’Brien’s criminal trial next month.

Maria Bartko, 50, of Streamwood, pleaded guilty to one count of mail fraud affecting a financial institution.

U.S. District Judge Thomas Durkin put off setting a sentencing date until after Bartko’s anticipated testimony against O’Brien, who is scheduled to go to trial Feb. 5 on mail and bank fraud charges stemming from the same alleged scheme. O’Brien has pleaded not guilty. 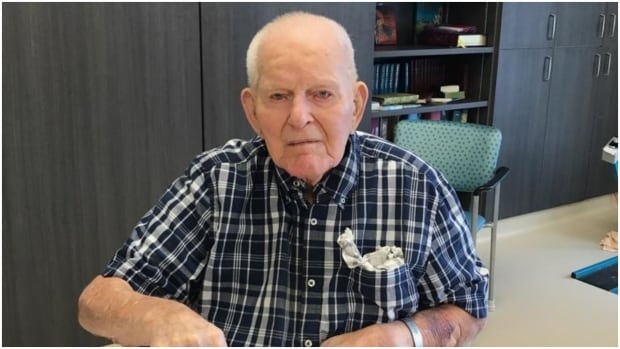 Esmond Allcock celebrated his 108th birthday on January 26 in his hometown of Kerrobert, Sask. (Submitted by Jaime Frydenlund)

​Esmond Allcock says the secret to living 108 years is to select the proper spouse.

Allcock, from Kerrobert, Sask., located about 200 kilometres southwest of Saskatoon, celebrated his 108th birthday on Friday and is the oldest man in Canada.

“I didn’t behave myself for a few years there, but then I got a really good wife,” he said, when asked how he managed to live a long and happy life.

“Oh they nearly drove me nuts. They probably took 100 pictures of me.”–…

Exactly the same scheme found in Orange County CA. between hospitals in the area. Hoag Hospital, the newly privatized acute care facility, Shlomo Rechnitz’s Mesa Verde (that prescribed pain meds right before he was creatively transferred to Hoag that mysteriously disappeared, but that Medicare paid for without question), transferred to Kindred Hospital Westminster with an unnecessary tracheotomy which was purposely left in over 21 days to jack up remuneration and hold him captive, and finally the facility (Pacific Haven)whose Kindred employed doctor finally killed my Dad by reducing his blood pressure using black boxed, unnecessary antibiotic in the fluroquinalone group (not to be given to those with prolonged QT interval or naturally low blood pressure-both of which my Dad has), “he might be getting pneumonia” with unneeded tylenol to dehydrate. After he died, he was discovered after nearly a 2 week delay of his autopsy by Pacific…

I just found this on the internet.  I had heard about it, but didn’t find anyone publishing it yet–I  know I would.

I gotta tell you I am prond that they did so many many pages on me.  A nobody blogger, no money, mother of 4, I live on donations, up against a $17 million enterprise and they are CLEARLY AFRAID OF THIS BLOG.

Recently Lawyer and Activist Barbara Stone was told she could avoid 30 months in prison by giving up her “blogging co conspirators”. Too funny. I am told she said “shove it” and “bring it on”.

Me too ARDC.  the Sykes Case has not been investigated. Judge in probate have not been disbarred or even investigated.  $3 MILLION IS MISSING AND UNACCOUNTED FOR IN THE MARY G SYKES ESTATE and you publish this nonsense and waste tax payer/attorney money on this crap you call CLE.  I note…

From ECG and Stone on Stone, this is what they had to say about the Barbara Stone Case:

I have many times said the U.S. prisons are packed with innocents. Here’s proof.

○ When a real estate attorney discovered her mom was rapidly deteriorating due to neglect at a nursing home, she took her mom out for a meal at Denny’s (where she was arrested) because a prior court order stated her mom HAD TO stay in the nursing home.

Barbara’s saga began in 2013, when, alarmed at the condition of her mother in a facility into which she had been remanded by her court-appointed guardian, Jacqueline Hertz, Barbara took Helen out of the facility and to lunch at a nearby Denny’s. Barbara was then arrested and charged with a multitude of crimes, including custody interference, elder abuse…

Send her this email or a similar email demanding the immediate release of Barbara Stone under the First Amendment.

She has done nothing wrong.

I am writing to you to demand the immediate release of Lawyer Barbara Stone. Her mother was taken from her in an abusive guardianship. During this proceeding, where Judge Michael Genden and Attorney Roy Lustig tried to murder both Helen Stone and Barbara Stone, Mother Helen Stone actually spent 3 weeks in the ICU for malnutrition, dehydration, numerous infections, lacerations and contusions. After she was released she we returned to her abusers by both Lustig and Genden. I and the readers of my blog are demanding the immediate release of Barbara Stone and that Genden be removed as Judge and Roy Lustig be disbarred for his crimes against Helen Stone, violations of her civil and human…

Today I talked with RS and EB and they informed me that guardianship activist Barbara Stone has been taken into custody and is at the Miami Date Metro Lock up for a probation violation. This is BS, she is an innocent woman.

you can see her information here:

this woman is a saint and has spent countless hours on the phone helping gship and disabled persons and their families when faced with the highly corrupt Miami Dade court system–a system where prosecutors openly run to the judge’s chambers and twitter ex parte over a criminal defendant.  You can’t possibly get more corrupt than that.

As you may recall, Barbara Stone was an attorney (her licensed was ripped away for blogging honestly and revealing massive corruption in Miami Dade, Fla.).  She worked tirelessly and had to endure the heartbreak as a guardianship was filed (she requested it, little did she…

Yet, what has the ARDC done?  Nothing.  They just ignored it.  Why?  Because Family Law is the biggest revenue generator for attorneys: so no one wants to touch it, even if there is a “call” to look into it.

I know, some can argue that this letter is concerning GALs and Child Reps.  True, but what are GALs and Child Reps?  They are lawyers selected from Family Law Attorneys.  (I have a lot to say about GALs and the GAL program, but that would take another several weeks of emails to get out…